Start a Wiki
Tsunemi Chiba, commonly referred to as "Chiba", is the main vocalist for BECK. Chiba's vocals are more punk and rap oriented than Koyuki's and thus more fitting for the majority of BECK's songs. Chiba's inclusion in the band is early in the series after a baseball game in which a fight breaks out between both teams. Ryusuke later hears about how he's actually a pretty good vocalist with great stage presence and later uses him to convince Taira to join BECK.

Chiba has a loud personality. He is a good fighter and often gets into fights, because of him insulting others or others insulting him. He is energetic and loves to tease his friends. He can be rough at times, though he is actually very sensitive. He is determined to become famous to give his family the things that they've never had.

According to Maho, Chiba was apparently a "crybaby" until he learned Karate. It is later implied through a flashback that Chiba got into a lot of fights in high school with the only therapy for his temper being the band "Generation 69", as shown during his disappearance at the Greatful Sound festival.

Relationship with the band Edit

Chiba is the most dedicated member of BECK. He seems to have a deep bond with the whole band in general, but this has its set backs. Chiba is a very sensitive person and it doesn't take much for one of the band to say something that deeply offends him. This leads to fights and rifts in the band's relationships.

Ryusuke hides when he sees Chiba at a pick up baseball game, as he owes Chiba money. Chiba still spots him and chases him with his baseball bat. While Chiba is at the plate, Kayo talks to Ryusuke about recruiting Chiba as his band's singer. When Manabu hits Chiba with a baseball, a fight breaks out between both teams. Koyuki shouts over the crowd trying to get the fight to stop. Although the fighting stops, Chiba attacks Koyuki. Later on, at a restaurant, Maho suggests that Koyuki should be the singer for Ryusuke's band. Ryusuke decides to audition both Koyuki and Chiba. Chiba agrees to join Ryusuke's band as the singer, as long as Ryusuke promises to hook him up with 'a healthy looking girl'. Ryusuke introduces Chiba to two 'healthy' girls. Chiba tells him that he has no grasp of the meaning of 'healthy'. Later on, Kayo goes through Chiba's CD collection and asks the boys what the name of their band is going to be. Ryusuke writes down a list of possible names that all include his own name in them. Chiba doesn't approve, but upon spotting Beck (Ryusuke's dog), states that the band should be called BECK as a temporary name. 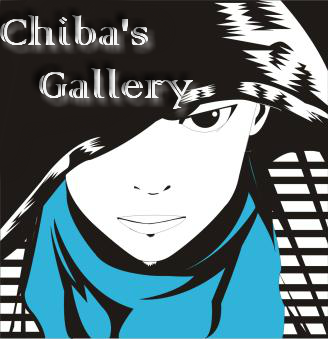 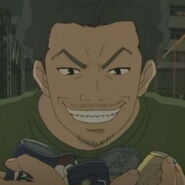 Add a photo to this gallery
Retrieved from "https://beck-mcs.fandom.com/wiki/Tsunemi_Chiba?oldid=6617"
Community content is available under CC-BY-SA unless otherwise noted.