Start a Wiki
Yuji Sakurai, more commonly known as "Saku", is BECK's drummer and last member to join apart from Koyuki. He and Koyuki are good friends and classmates. Saku was the first person to talk to Koyuki after school bullies impose a school-wide silent treatment.

Saku has an easygoing personality. He is almost always content, but he can't ignore any injustices done to his friends. His one concern is that he won't be able to keep up with the band's skill level. He is Koyuki's best friend and they are each other's biggest support.

Saku started playing the drums at age 7, due to his older brother's influence. Though he doesn't come from a musical family, he does mention that his mother is also a fan of music. Due to his family's influence, Saku seems to know a lot of obscure facts about bands and other musicians.

Saku is by far the calmest member of the band. He never takes harsh words to heart and manages to hold most of the band members together. He is also a strong supporter for Koyuki and is constantly helping him to go up higher. 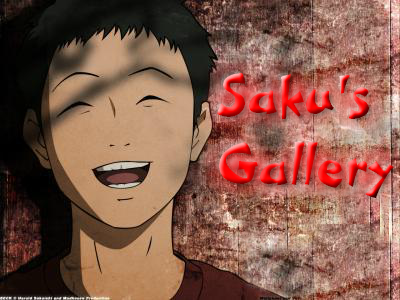 Retrieved from "https://beck-mcs.fandom.com/wiki/Yuji_%E2%80%9CSaku%E2%80%9D_Sakurai?oldid=6613"
Community content is available under CC-BY-SA unless otherwise noted.